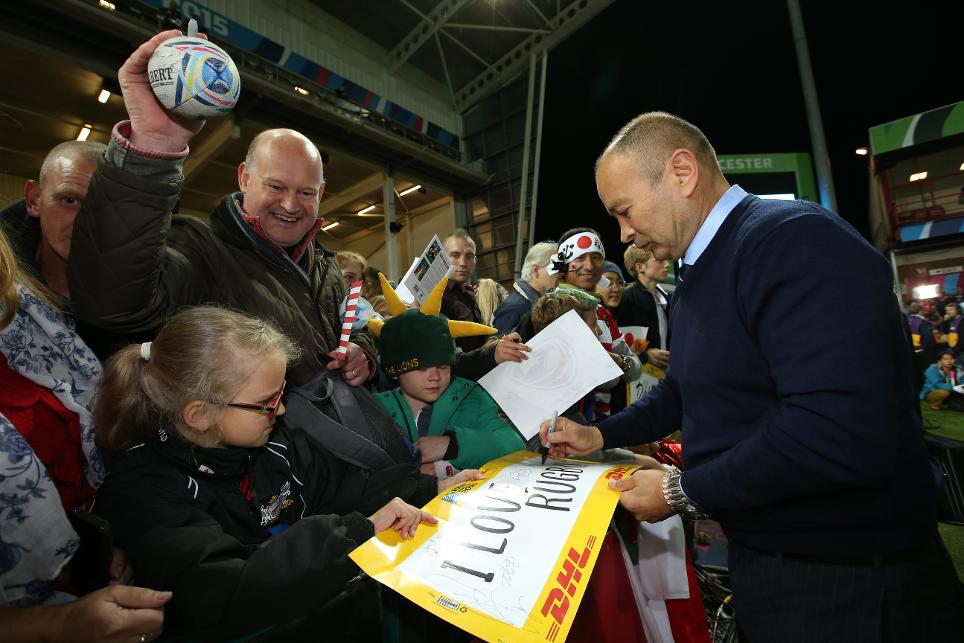 LONDON, 26 Oct – It will be by a hair, but New Zealand will get the job done against Australia in Saturday’s final and become the first team to retain the Webb Ellis Cup, tactical guru and Japan World Cup coach Eddie Jones said in an analysis with the Rugby News Service on Monday.

“I think New Zealand will make it home in less than five points,” the former Wallabies boss (above) and two-time RWC final coach said. “It will be close.”

Jones, who took his native Australia to the 2003 final and was an assistant coach at South Africa in their World Cup triumph in 2007, is tipping the All Blacks to win their second successive title after New Zealand edged South Africa by two points in a tough semi-final.

He said Australia were not far behind but felt his old team could have been more clinical against Argentina in their contest.

The traditional rivals will be meeting in a World Cup decider for the first time. Both are making their fourth trip to the final, a competition record.

“New Zealand, they played against a South Africa team that played their best 40 minutes in the first half,” he said. “To win that game to me was very impressive. They really stuck it out and showed belief in their own game. It was a very good performance.

“Australia, I thought, would always win but kept inviting Argentina back into the game. They were a little bit loose and gave the Argentinians a chance. It was still a very good win by the Australians. They had a very good second half, not so much the first half.

“Both teams will go into the final full of confidence. There’s not much between them.”

Prior to the semi-final South Africa coach Heyneke Meyer raved about the New Zealand team, describing them as the best of all time. Jones stopped short of concurring but did say Steve Hansen’s All Blacks were certainly in that bracket.

“If you just look at the stats, then they are (the best ever),” Jones said. “Their test match record is so good; no other team in the sporting world – not just rugby – have a record like them. So if you just look at that, they’re certainly right up there with the best of them.”

Jones picked out Dan Carter and Ma’a Nonu as the key men for the holders and, for Australia, scrum-half Will Genia, who was a potential game-changer, according to the new coach of South Africa Super Rugby franchise the Stormers.

“I think Nonu going forward at 12 is important so they won’t play too lateral. Carter and Nonu give them carrier options as well,” he said.

“The guy for me who has to step up for Australia is Genia. He had an outstanding second half on Sunday. He can run, he can kick and was really instrumental to their win. If he plays really well, he can stifle New Zealand’s game and give Australia a chance.”