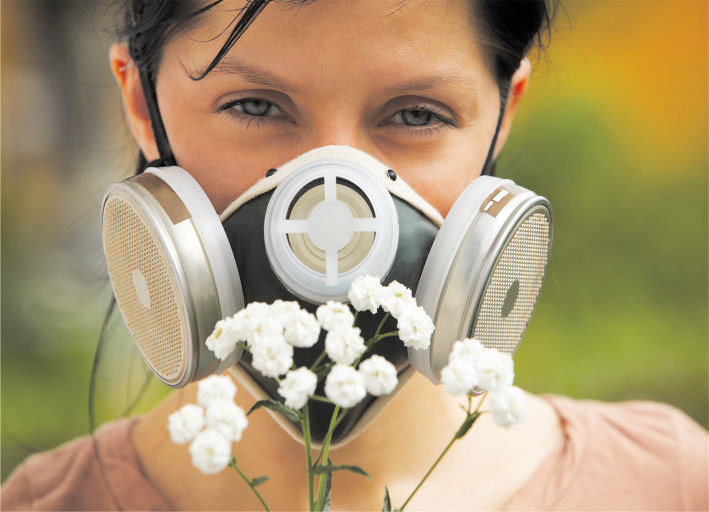 It’s the height of the hayfever season, a condition which affects approximately 30% of South Africans, but pollen might not be the main culprit behind your nasal allergy misery.  Dr Mike Levin, Allergy Advisor to Pharma Dynamics – a leading generics antihistamine medicine provider – says that for decades hayfever sufferers have been led to believe that their condition is brought on by the amount of pollen in the air, but there are a host of other triggers too.

“Pollen could in many cases elicit a severe allergic reaction, but sufferers will be surprised to learn that their nasal allergies might not have anything to do with pollen spores. This is why pinpointing where and when an allergy occurs is vital.”
He explains that even though the treatment might be the same in many cases, avoiding the source is a crucial part of tackling an allergy, and this can only be done if the trigger has been identified correctly with a good history and confirmatory tests, such as skin prick tests or ImmunoCAP. “Unfortunately, many in our country are unable to access allergy specialists and laboratory tests to get the right diagnosis and treatment.  “In general, there is a huge misconception that if someone sneezes a lot, they must have pollen induced hayfever, when it could be due to many other allergens such as dust mites, pets or cockroaches.”

According to Dr Levin, the most commonly inhaled allergens are:
• Different types of pollen (from trees, grass, weeds and flowers)
• House dust mite
• Cat and dog dander
• Cockroaches
• Fungal spores

Dr Levin recommends that nasal allergy sufferers see a doctor with skills in allergy to perform a skin prick test or an immunoglobulin (IgE) antibody test, which will help to diagnose an allergy to a specific substance or substances.
“An allergic reaction occurs when the immune system overreacts to something, which is often in the environment of the affected person. To protect the body from the allergen, the immune system of an allergic person produces antibodies called immunoglobulin E. IgE antibodies are found mostly in the lungs, skin and mucous membranes and cause certain cells to release chemicals, such as histamine, into the bloodstream. It’s this reaction that triggers allergy symptoms.
“Since IgE antibodies are unique to each allergen, tests are very good at picking up ‘sensitisation’ or the presence of these antibodies. However, any result must be carefully checked against the patient’s history, as some people might have antibodies which are not related to any of the symptoms. Doing the test is important, because it might just uncover an allergy that you knew nothing about and by avoiding it, could significantly reduce your symptoms and improve your quality of life. Importantly, if you are not ‘sensitised’ to an allergen, avoiding it will make no difference whatsoever.” he says.

Other, triggers that could worsen symptoms, include:
• Strong perfumes and cold air can trigger nasal symptoms by non-allergic mechanisms
• Red wine – alcohol is a vasodilator, which widens your blood vessels and can cause a runny or stuffy nose, but wine in particular can exacerbate symptoms because it contains sulphites. Red wine is highest in sulphites and is fermented with grape skins, which contain a protein allergen.
• Veggie drawer – some fruits and vegetables contain proteins similar to those found in pollen, which can confuse your immune system.
• Swap contact lenses for glasses on high-pollen days since dust and pollen can stick to contact lenses, trapping allergens against your already itchy and irritated eyes.
• Swimming in chlorinated pools may irritate your airways, which could aggravate allergy symptoms.
• A humidifier is a reservoir for mould and bacteria, so clean it regularly to get the maximum relief from this device.

According to Dr Levin you can treat nasal allergies with antihistamines, which prevent histamine from attaching to your cells and causing symptoms. A decongestant can also be used to reduce the swelling in the nasal passages, but he warns that the latter could cause a rebound effect if used for longer than the recommended three to five days, which could end up making you even more congested. So use only as directed.

“Hayfever symptoms however vary from person to person, but typically include an itchy, runny or blocked nose, watery eyes, sneezing, coughing, scratchy throat, postnasal drip and/or fatigue,” he says.

Useful allergy online resources include: www.allergyfoundation.co.za and www.allergyexpert.co.za. Dr Levin will also be available to answer any of your allergy-related concerns via the Allergy Expert portal.